A small genus of 4 species of shrubs native to eastern Asia, that are closely related to the Spirea. They are grown mainly for their attractive foliage which emerges early in spring, remains lush green all summer, then turns vibrant colors in autumn.
They prefer full sun to partial shade on moist, acidic, light, fertile soil. A mulch with pine bark or pine needles will increase growth. Stephanandra's are very easy to grow and not all that fussy about soil.
Overgrown and straggly plants can be cut back hard in early spring to renovate.
Propagation is from softwood cuttings taken during summer, hardwood cuttings during winter or division in autumn. 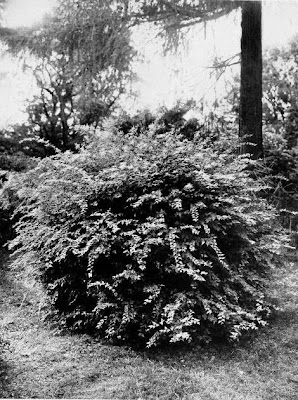 Stephanandra chinensis
Also called Stephanandra flexuosa. A graceful arching shrub reaching around 6 feet, that is native to southeast and eastern China. Some records include: largest on record - 10 x 8 feet.
The deeply-toothed, oval to triangular leaves are up to 2.8 x 1.2 inches in size. The foliage is green turning to attractive yellow and orange during autumn.
The small white flowers are borne in dense racemes during late spring.
The twigs are smooth and light brown.
Hardy zones 7 to 9

Stephanandra incisa ( Cutleaved Stephanandra )
A fast growing, dense, suckering, medium size arching shrub reaching around 5 feet, that is native to northeastern China, Korea and Japan. Some records include: 10 years - 8 x 10 feet; largest on record - 10 x 10 feet.
The deeply toothed, 3 or 5 lobed, oval to triangular leaves are up to 5 x 3 ( usually half that ) inches in size. The foliage is bronze at first, turning to lush deep green. The foliage turns to rich red during autumn.
The small creamy-white flowers, up to 0.2 inches wide, are borne in dense panicles, during late spring to early summer.
The rich brown shoots are attractive during the winter.
Hardy zones 3 to 8, it is fully hardy at Dominion Arboretum in Ottawa, Canada though may get some dieback during hard winters which it quickly recovers from. 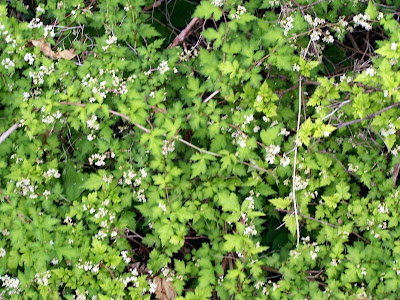 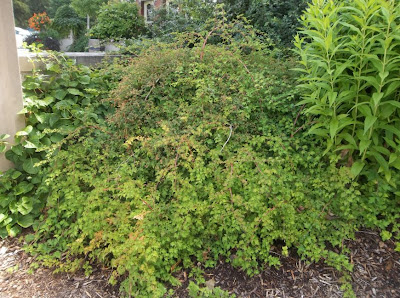 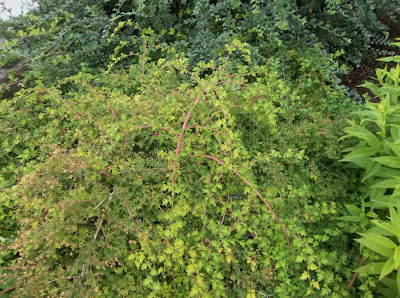 Stephanandra tanakae ( Yedo Stephanandra )
A graceful, moderate growing, arching shrub reaching around 6 feet, that is native to Japan. Some records include: fastest recorded growth rate - 8 feet; 10 years - 13 x 13 feet; largest on record - 13 x 16 feet.
The deeply toothed, 3 or 5 lobed, oval to triangular leaves are up to 8 x 4.5 inches in size. The foliage is pinkish at first, turning to mid-green. The foliage usually turns orange and red over a long period of time during autumn.
The small white flowers are borne in airy panicles, up to 4 inches in length, during early to mid summer.
Hardy zones 3 to 7, it is very tough and easy to grow. 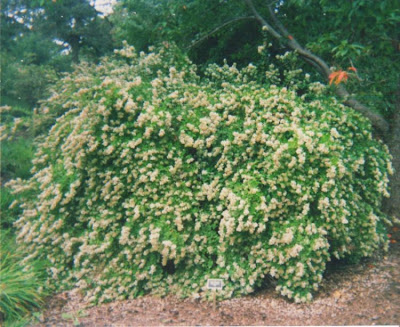 Posted by Randy Stewart Landscape Designs at 12:56 AM No comments:

Azadirachta indica
A spreading, semi-evergreen tree, reaching up to 50 x 80 feet, that is native from India to far southern China.
The pinnate leaves, up to 16 inches in length, are composed of 9 to 17 toothed, ovate leaflets, up to 3 x 1.2 inches in size. The foliage is glossy deep green above, pale green beneath.
The white flowers are borne on panicles up to 10 inches long.
The dark gray bark flakes off to reveal reddish bark beneath.
Hardy zones 10 to 11 in full sun to partial shade on deep sandy soil.

Melia azadarach ( Chinaberry )
A fast growing, rounded, medium-sized to large, deciduous tree, that is native to India and China. It has also naturalized in the U.S., where it is invasive in parts of the southeast. It is frequently planted in southern Europe where it has naturalized in the Balkans. Some records include: largest on record - 150 x 50 ( rarely over 50 in the U.S. ) feet with a trunk diameter of 9.7 feet. Moderately long-lived, trees as old as 400 years are known.
The leaves, up to 2 feet in length are composed of many toothed, ovate or elliptical leaflets up to 2 inches in length. The foliage is glossy deep green above, pale green beneath; turning to greenish-yellow during autumn.
The fragrant, lavender flowers, up to 0.7 inches, are borne on panicles up to 16 inches in length, during late spring.
They are followed by yellow, rounded fruits, up to 0.6 inches across, that are long persistent, lasting through the winter. The birds attract birds and animals.
The lightly furrowed bark is dark gray. The timber is of surprisingly high quality.
Hardy zones 7 to 10 in full sun. It is very heat and drought tolerant and makes a great shade tree for tough urban sites. 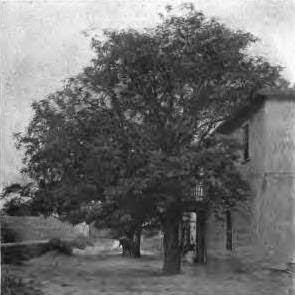 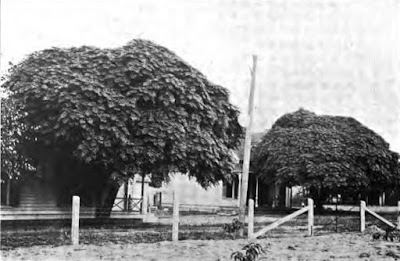 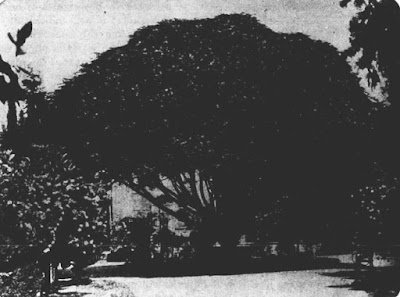 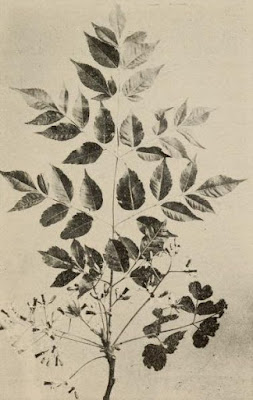 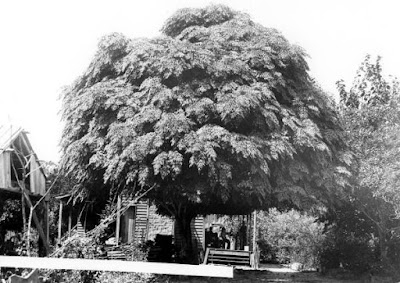 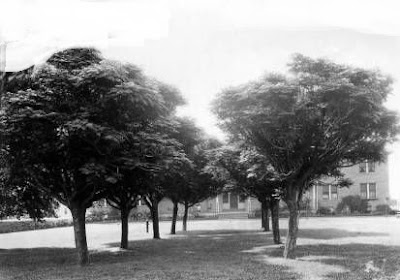 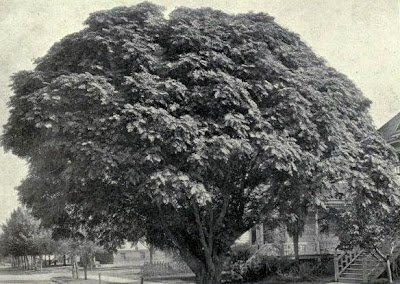 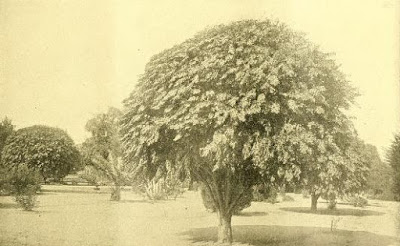