Ampelopsis
A genus of deciduous vines that are related to Grapes. They are mostly known for attractive foliage as well as the berries that are produced in climates with hot summers. These plants should NOT be used be used in the humid mid-Atlantic and southeast U.S. where they may turn into noxious weeds and take over natural habitat. They are far less vigorous in Canada, New England and the Pacific Northwest...seeds typically do not ripen and germinate where the growing seasons are shorter.

Ampelopsis aconitifolia ( Monkshood Vine )
A very fast growing vine, reaching up to 40 feet high, that is native to northern China. Some records include: fastest growth rate - 17 feet.
The fine-textured, pinnate or palmate leaves are up to 5 inches across.
The tiny flowers are followed by yellow to orange berries.
Hardy zones 2b to 8 in full sun to partial shade on fertile, well drained soil.

Ampelopsis arborea ( Peppervine )
A very fast growing, tendril-climbing vine, reaching up to 30 feet, that is native to eastern North America ( from Missouri to southwest Ohio to Maryland; south to Mexico to southern Florida ).
The ferny bipinnate leaves are composed of deeply-toothed or lobed, pointed leaflets. The foliage is luxuriant deep green, turning to orange or red during autumn.
Hardy zones 7 to 9 in full sun to partial shade on just about any fertile soil. It is drought tolerant and also sand or wet soils. 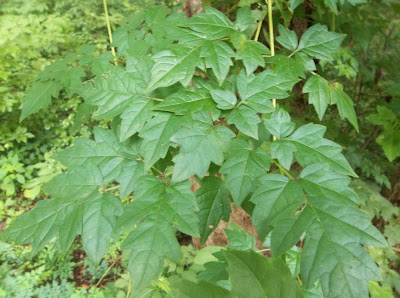 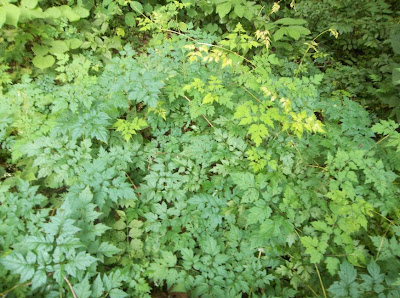 Ampelopsis brevipedunculata ( Porcelain Berry )
A vigorous, tendril-climbing, twining, woody vine, reaching a maximum height of 66 feet. Porcelain Berry is native to eastern Russia, China, Korea and Japan. Some records include: fastest growth rate - 20 feet. It has potential to become an invasive weed in much of the eastern U.S. and either should not be used in some areas or replaced with the cultivar 'Elegans'
The 3 to 5 lobed, heart-shaped leaves, up to 6 x 5 inches in size, are smooth, deep green.
The tiny, pale green flowers are borne during late summer.
They are followed by small bright blue berries up to 0.3 inches wide. Plants can bear fruit as early as the second year in growth.
Hardy zones 3 to 8 in full sun to partial shade on fertile, well drained soil. 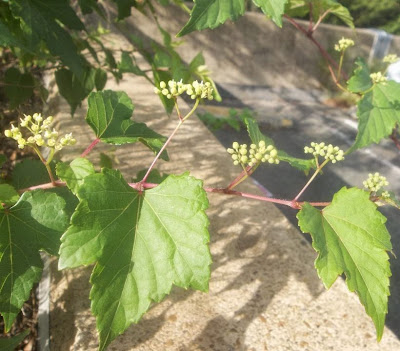 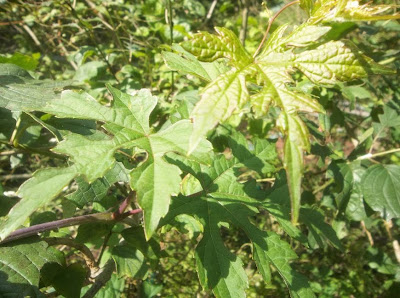 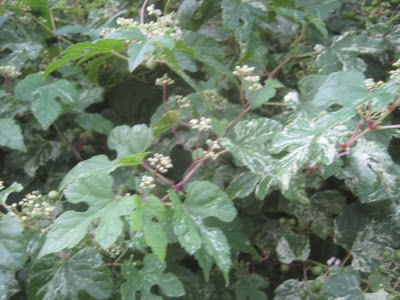 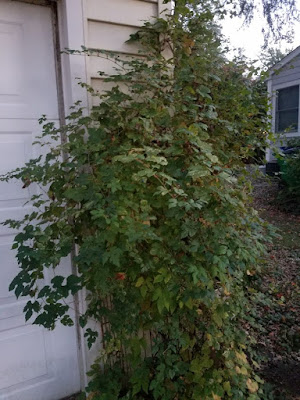 Ampelopsis cordata ( Heartleaf Peppervine )
A fast growing vine, reaching up to 8 x 23 feet in 10 years if growing on a fence. Some records include: growth rate - 4 feet. It is native to the southeastern U.S. ( from north-central Kansas to southeast Nebraska to central Illinois to southern Ohio to central Maryland; south to central Texas to northwest Florida to central South Carolina ).
Hardy zones 5 to 8, it is partially hardy as far north as Ottawa, Ontario where it grows as a herbaceous perennial. 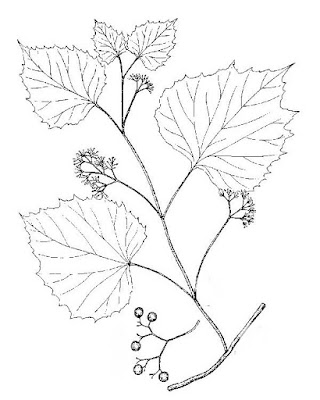 Ampelopsis megalophylla
A very vigorous vine with huge double-pinnate leaves, up to 24 x 30 inches, composed of leaflets up to 6 x 2.5 inches. The foliage is glossy deep green. The fall color is often very attractive.
The fruits are glossy and purplish-black.
This western China native is hardy zones 5 to 8.
Posted by Randy Stewart Landscape Designs at 9:08 PM No comments: