Anemonella thalictrioides ( Rue Anemone )
A perennial, reaching a maximum height of 12 ( rarely over 8 ) inches, that is native to moist deciduous forests of eastern North America ( from central Minnesota to southern Wisconsin to Goderich, Ontario to Barrie, Ontario to Trenton, Ontario to central Vermont and southern Maine; south to eastern Oklahoma to northwest Florida to South Carolina ). It is endangered in Ontario, Vermont, New Hampshire and Maine. In the Windsor/Essex County, Ontario region; it was locally abundant on the Lake Erie islands as well as the Ohio shore during the 1800s. It also occurred at Detroit during that time but was rare. It is critically endangered in the wild in Maine.
The biternately compound leaves are composed of obovate to nearly rounded leaflets up to 1.2 inches wide. The attractive ferny foliage is blue-green. During dry summers, the foliage will go dormant, reappearing the following year.
The white to pale pink flowers, up to 1 inch wide, are borne over a period lasting up to 2 months during early to mid spring.
Hardy zones 3 to 8 in partial to full shade on moist, light, humus-rich, well drained soil. Rue Anemone is rarely bothered by insect pests or disease. Propagation is from seed and it often self seeds. The seeds are ripe when they turn to tan and do not germinate until the following spring. Birds and squirrels like the seed so covering them with chicken wire increases success. 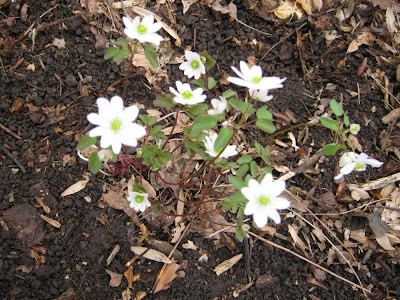 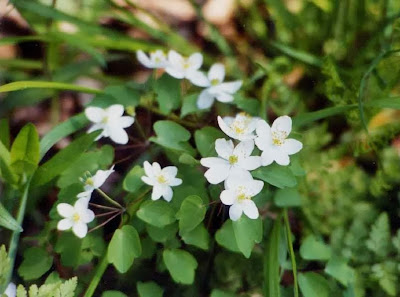 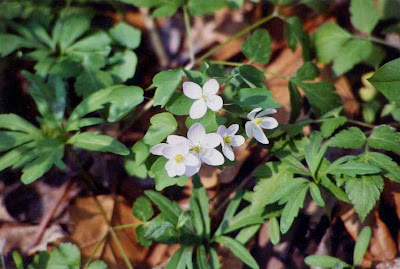 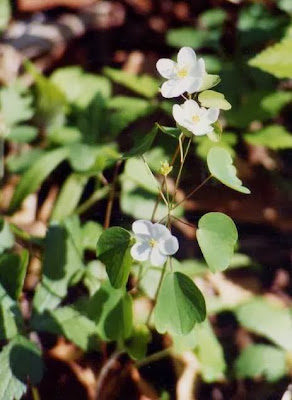 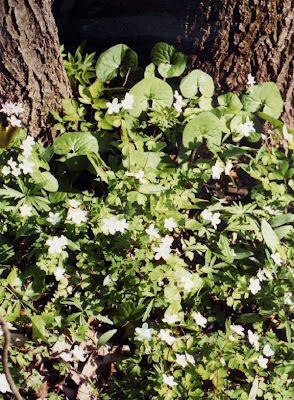 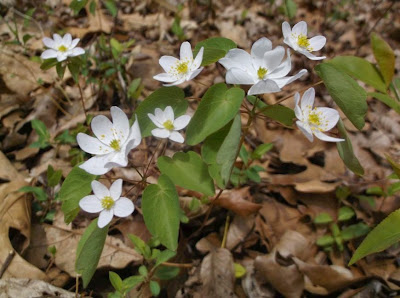 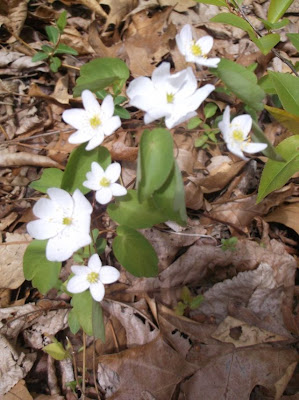 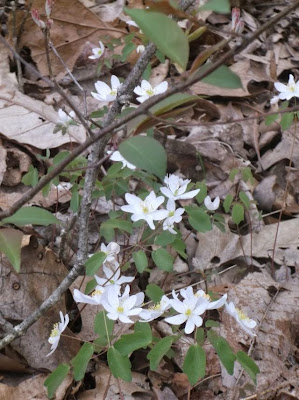 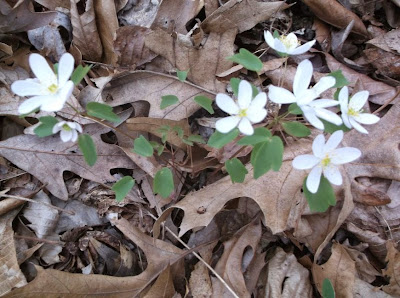 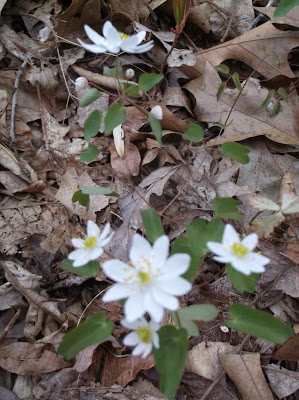 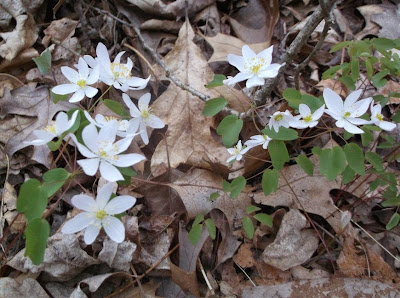 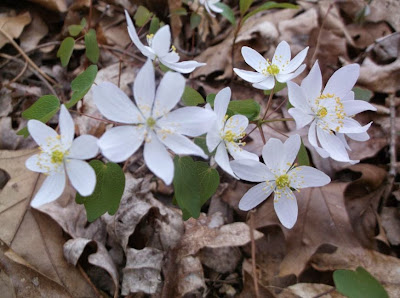 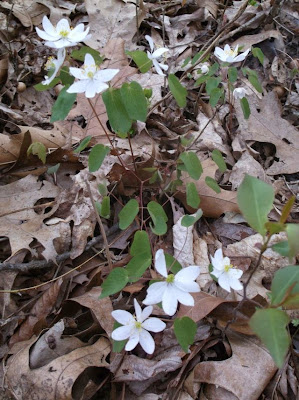 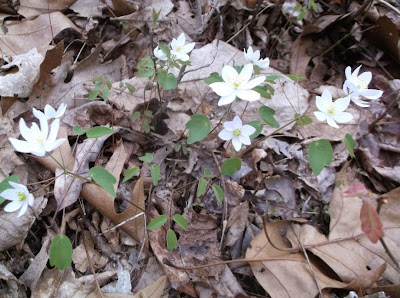 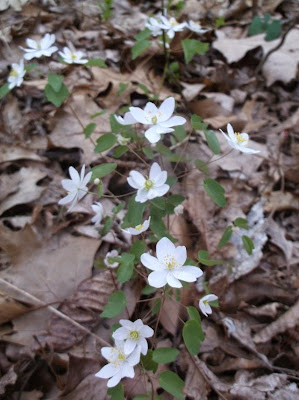 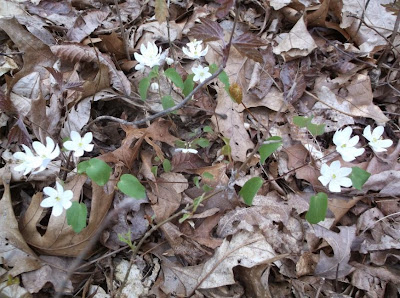 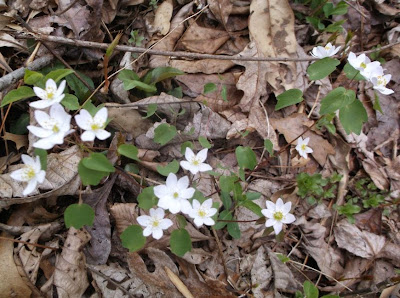 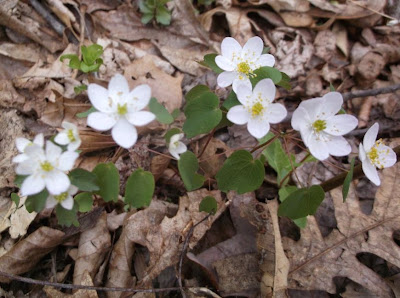 * photos taken on May 6 2015 in Cypressmeade Park, Ellicott City, MD 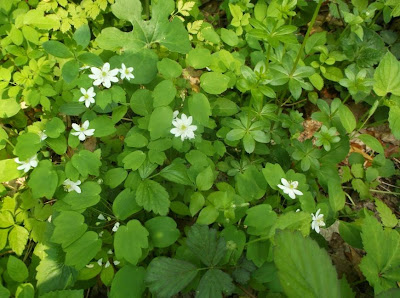 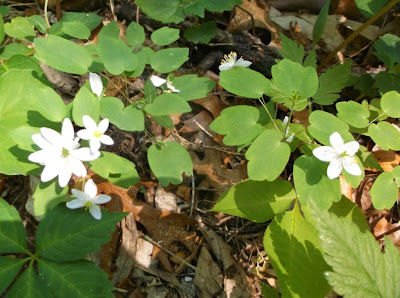 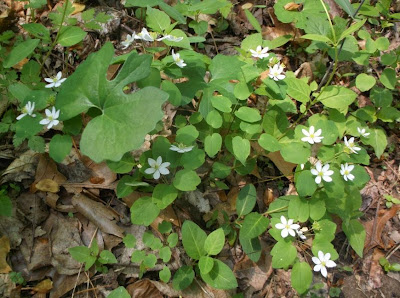 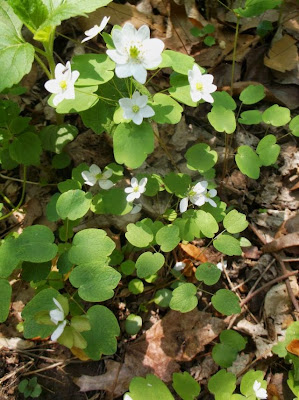 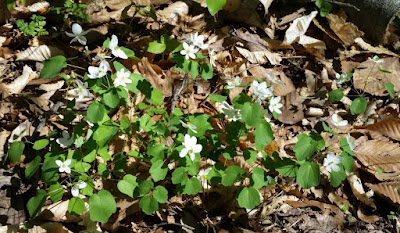 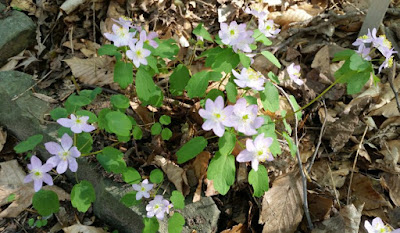