Typha angustifolia ( Narrow-leaf Cattail )
A rhizomatous perennial grass, reaching up to 7 ( rarely over 5 ) feet in height, that is native to marshes, shallow ponds and the edges of lakes in most of southern Canada ( except Alberta ) and the U.S. ( except for Utah, Arizona, Texas, Alabama, Georgia and Florida ). In Ontario it is found as far north as Ignace and Hearst. Though less common thant Typha latifolia in the Windsor/Essex County, Ontario region; it was still locally abundant on Point Pelee, the Lake Erie Islands and the Ohio shoreline before 1900.
The narrow leaves are up to 5 feet x 0.3 inches in size.
The fruits look like cigars and are up to 6 inches long.
Hardy zones 2 to 9. It is edible and is eaten in the same way as closely related Typha latifolia. 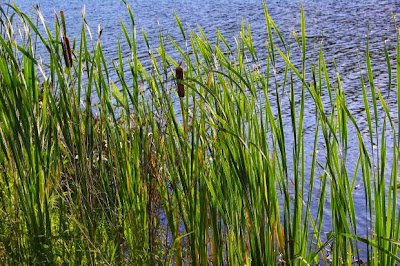 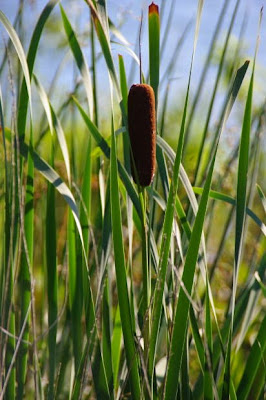 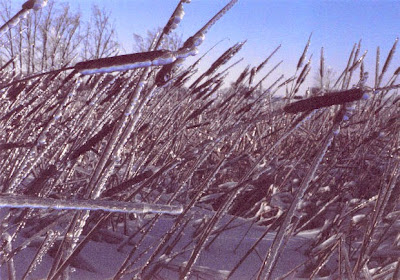 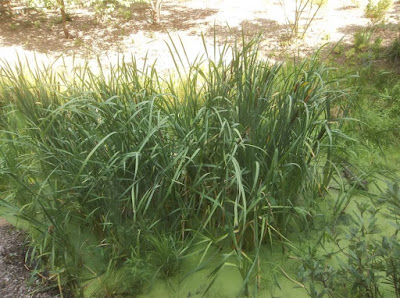 Typha latifolia ( Broadleaf Cattail )
A rhizomatous perennial grass, reaching up to 10 feet in height, that is native to marshes, shallow ponds and the edges of lakes in most of central Alaska, southern Canada and the U.S. In Alberta, it is native throughout. It is native as far north as central Yukon to central Northwest Territories to Thompson, Manitoba to Fort Albany, Ontario to Gaspe and Cape Breton, Nova Scotia. It was extremely abundant through the region around Windsor/Essex County, Ontario, the Lake Erie Islands and the Ohio lakeshore before 1900 though has declined considerably due to drainage of marshland and invasion of Common Reed Grass. The loss of Cattail marshes has caused severe declines in many waterfowl and other marshland bird populations there and elsewhere throughout central and midwestern North America.
The narrow ( but wider than T. angustifolia ) leaves are up to 8 feet x 1 inch in size.
The fruits look like cigars and are up to 1.4 inches wide.
The sprouts can be eaten cooked or raw until they reach 3 feet in height. Pulling the stalks straight up will usually separate them from the rhizome without damaging it. After peeling the leafy layers, cut the 0.5 inch wide core into 1 foot lengths. They can be boiled for 10 minutes or eaten raw like celery. During fall and winter, the roots can also be dug and used in the making of white flour. They should be washed and peeled before crushing the cores and taking out the fibers. Be careful to correctly identify this plant as some species of Iris look somewhat similar and are poisonous.
Hardy zones 2 to 10 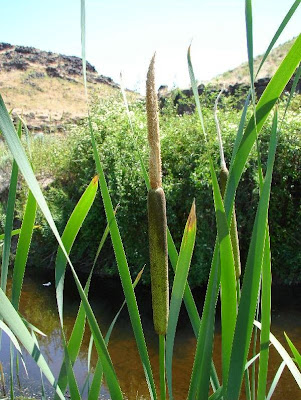 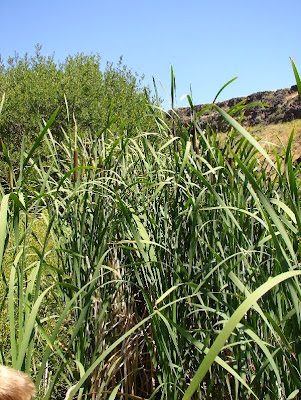 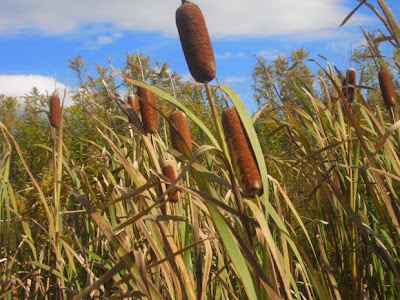 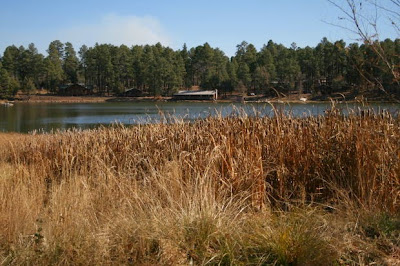 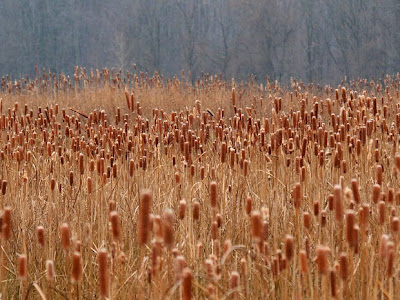 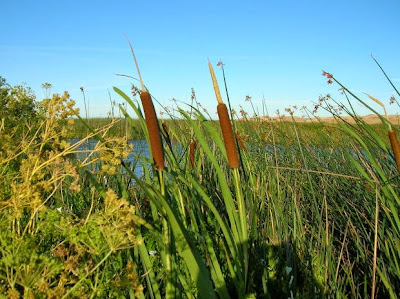 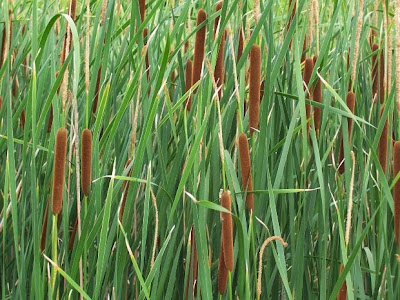 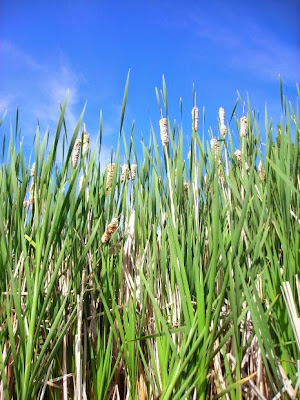 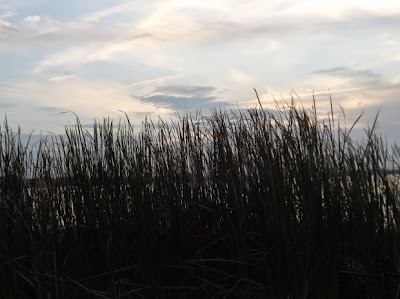 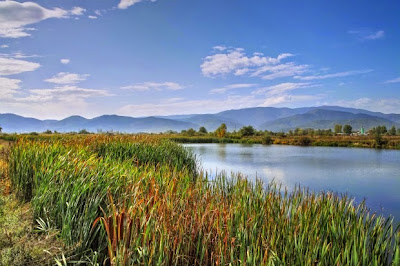 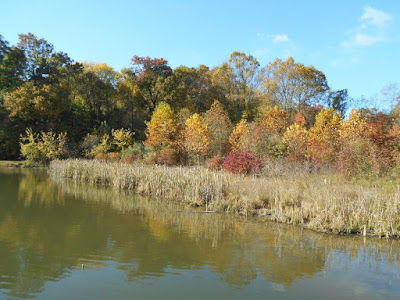 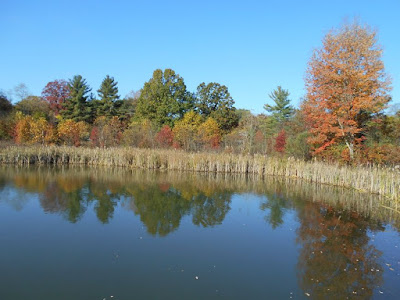 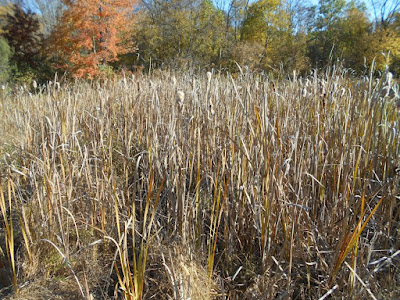 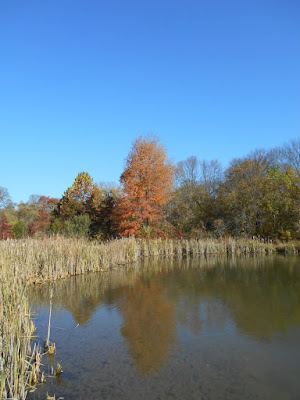 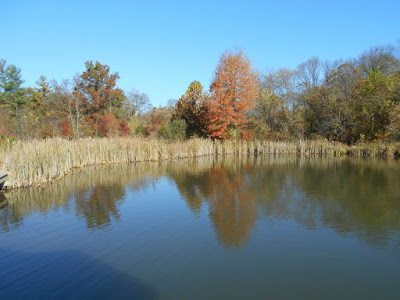 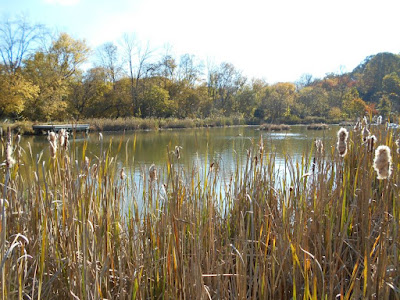 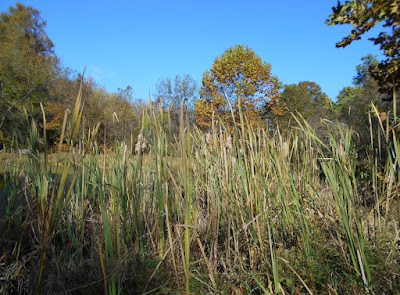 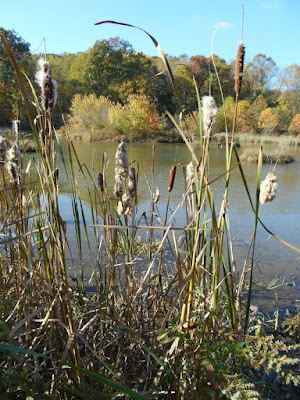 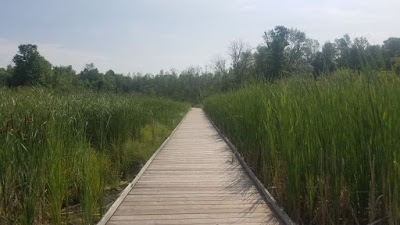 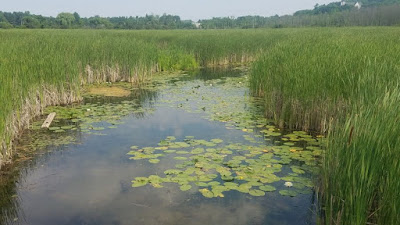 * broadleaf cattail in Hamilton, ON 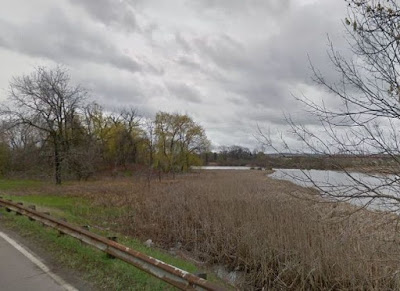 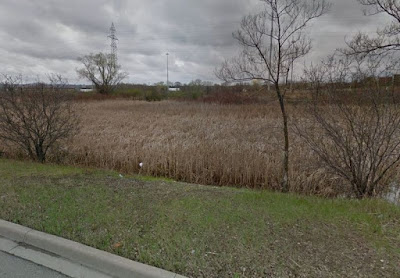 Typha minima ( Dwarf Japanese Cattail )
Reaches up to 2 feet in height, with narrow leaves and a small poker.

'Japonica'
Similar with foliage that turns deep orange-red in autumn.
Hardy zones 5 to 9

Posted by Randy Stewart Landscape Designs at 9:22 PM No comments: