Apocynum androsaemifolium ( Spreading Dogbane )
A rhizomatous, rounded, bushy but herbaceous perennial, reaching up to 4 feet, that is native to prairies and open woodlands in central and eastern North America ( from Fairbanks, Alaska to southwest Northwest Territories to far northeast Alberta to Norway House, Manitoba to Kenora, Ontario to Lake Nipigon, Ontario to Abitiba Canyon, Ontario to Newfoundland; south to Arizona to Arkansas to northern Georgia to Virginia ). In the Windsor/Essex County, Ontario region; it was abundant along the Canard River Valley, around Point Pelee, the Lake Erie islands, the Ohio shore as well as at Detroit during the 1800s. Its rhizomatous habit makes it great for naturalistic meadow plantings and erosion control. If also makes a great display for sidewalk planters or parking lot islands where its spread is contained.
The leathery, oval leaves, up to 3.2 x 1.8 inches in size, are smooth, deep green above, pale beneath. The foliage turns to yellow, orange or pinkish during autumn.
The fragrant, white or pale pink flowers, up to 0.3 inches long, are borne late spring through summer.
They are followed by narrow pods, up to 7 inches in length, which split open releasing the seeds.
Hardy zones 4 to 8 ( likely 1 for northeast Alberta seed source ) in full sun to partial shade on just about any acidic to neutral, well drained soil. The white milky sap and all other parts of this plant are poisonous for people and animals to eat. 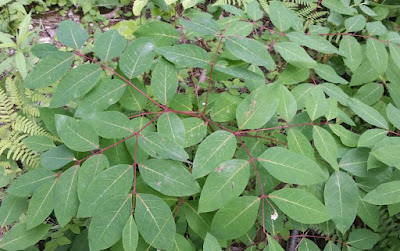 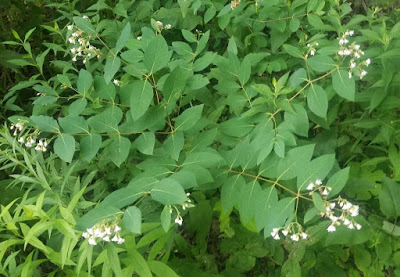 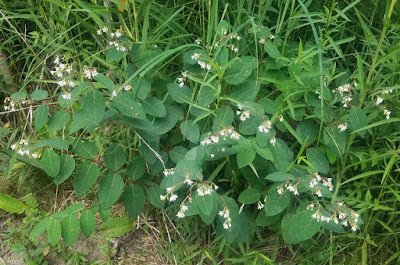 Apocynum cannabinum ( Indian Hemp )
A perennial, reaching up to 5 x 4 + ( usually half ) feet in size, that is a widespread native of meadows and open woods in North America ( from central British Columbia to southwest Northwest Territories to Kenora, Ontario to Thunder Bay, Ontario to Fort Albany, Ontario to southeast Quebec to Newfoundland; south to California to central Texas to northern Florida ). In the Windsor/Essex County, Ontario region; it was abundant at Point Pelee, the Lake Erie islands as well as the Ohio shore during the 1800s. It was also moderately common at Detroit at that time. The extensive root system has been known to reach up to 13 feet deep and 20 feet in radius spread. It is found on sand dunes, rock outcrops, prairies and dry open deciduous woodland in the wild. The pointed, narrow-oblong leaves, up to 6 ( typically 3 ) inches in length, are bright green. They are borne on reddish stems.
The white flowers, up to 0.5 inches wide, are borne on cymes all summer long.
Hardy zones 3 to 8 in full sun to partial shade on just about any well drained soil. The white milky sap and all other parts of this plant are poisonous for people and animals to eat. 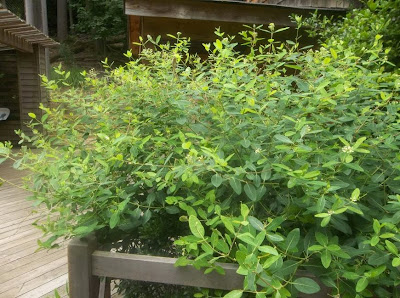 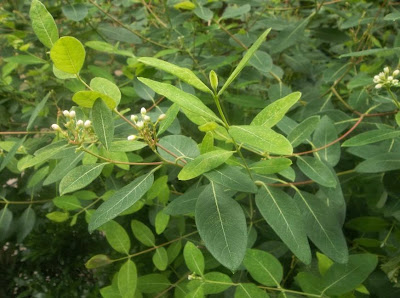 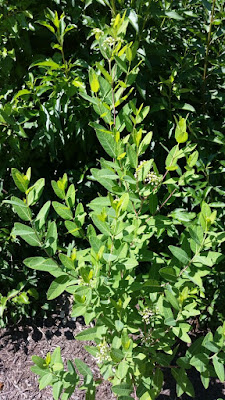 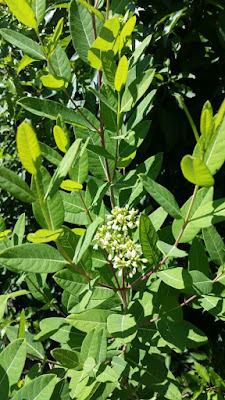 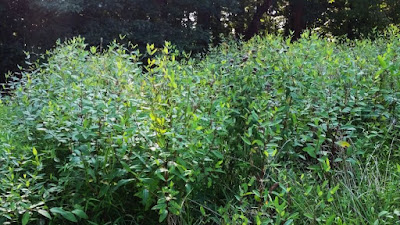 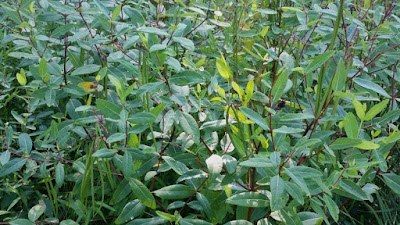 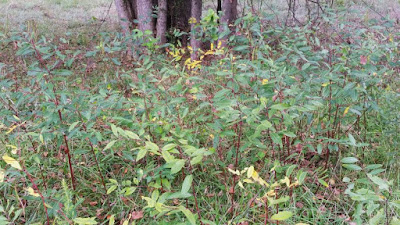 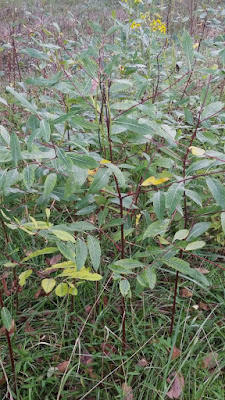 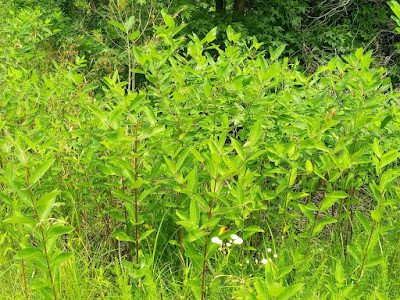 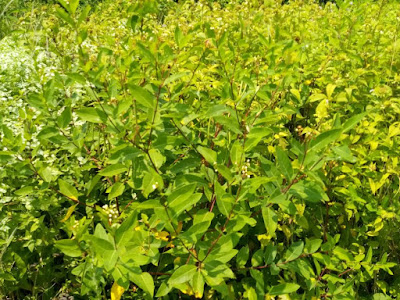 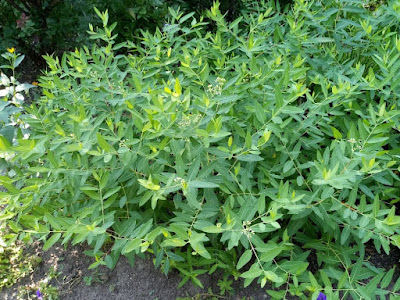 Posted by Randy Stewart Landscape Designs at 11:57 PM No comments: