Perilla frutescens
A vigorous annual, reaching up to 6.5 x 2 ( rarely over 3 x 1.5 ) feet. It is a widespread Asian native from India through southern China to Korea and Japan; south to Indonesia.
The aromatic, toothed, broadly-ovate leaves, up to 5 x 4 inches in size, are usually green but can be deep purple on some clones or cultivars. The it edible and the leaves are often used in oriental cooking or in salads.
Prefers full sun to partial shade on moist, fertile, well drained soil. It is very heat tolerant and is often used instead of Coleus in full sun. Plant outdoors during spring after the threat of frost has passed. It has proven to be a prolific self-seeder and even invasive in parts of the eastern U.S. 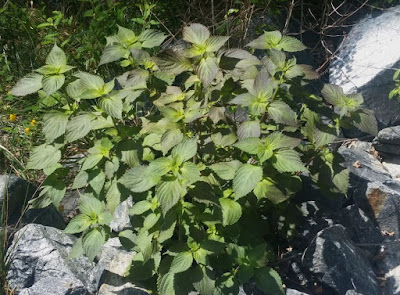 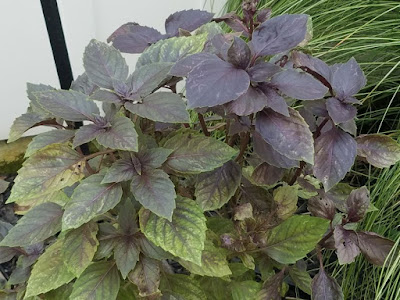 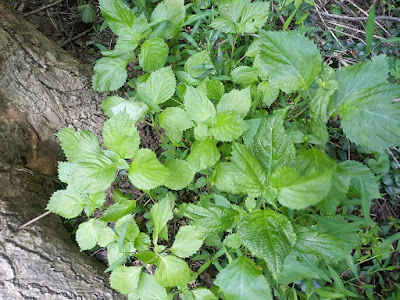 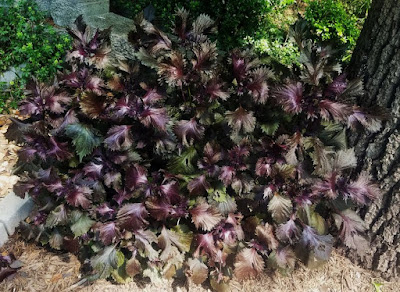 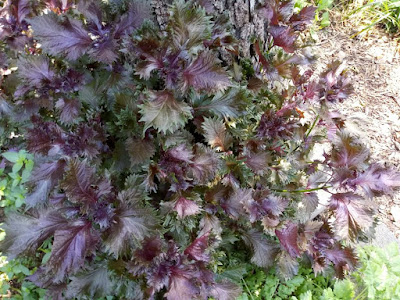 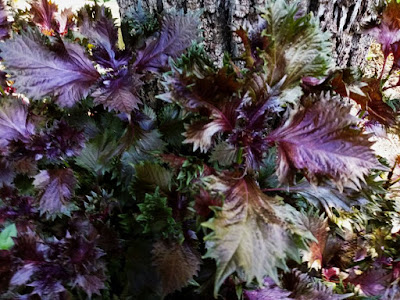