Hypoestes phyllostachya
A tropical perennial, reaching up to 2.5 x 2.5 feet, that is native to Madagascar that has long been used as a houseplant and has gained popularity as a summer bedding annual.
The oval leaves are typically deep green and heavily dotted pink, however there are some cultivars where the dotting is white or red.
It produced small terminal pinkish or lavender spikes during late summer into early autumn when grown outdoors.
Hardy zones 10 to 12 as a perennial, it thrives as an annual anywhere with hot humid summers which includes most of the midwestern and eastern U.S. It prefers partial shade and moist, fertile, light, well drained soil. 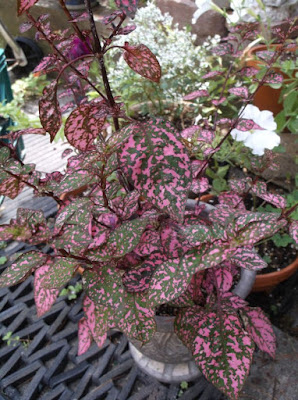 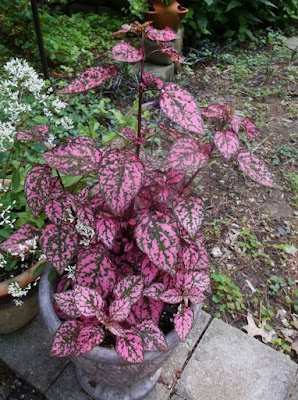